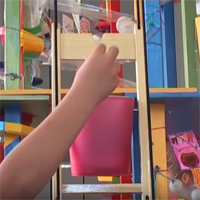 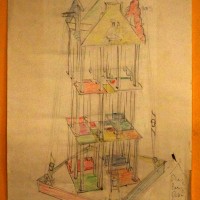 Ping Pong Pakhuis is an educative concept by Mark Bischof, that he realized together with Roel Prins and De Rode Loper op School. Mark designed and built the structure and together with Roel and the pupils of four primary school classes he filled it in with tracks made from plastic, wire, cardboard, etc.

Intentionally built for festival De Rode Loper in Amsterdam Oost in 2006 only, the project Ping Pong Pakhuis will be realized for the third time in 2016 and will have been exhibited by that time in five different locations, including the Teylers Museum, Haarlem/NL and the Boerhaave Museum Leiden/NL.